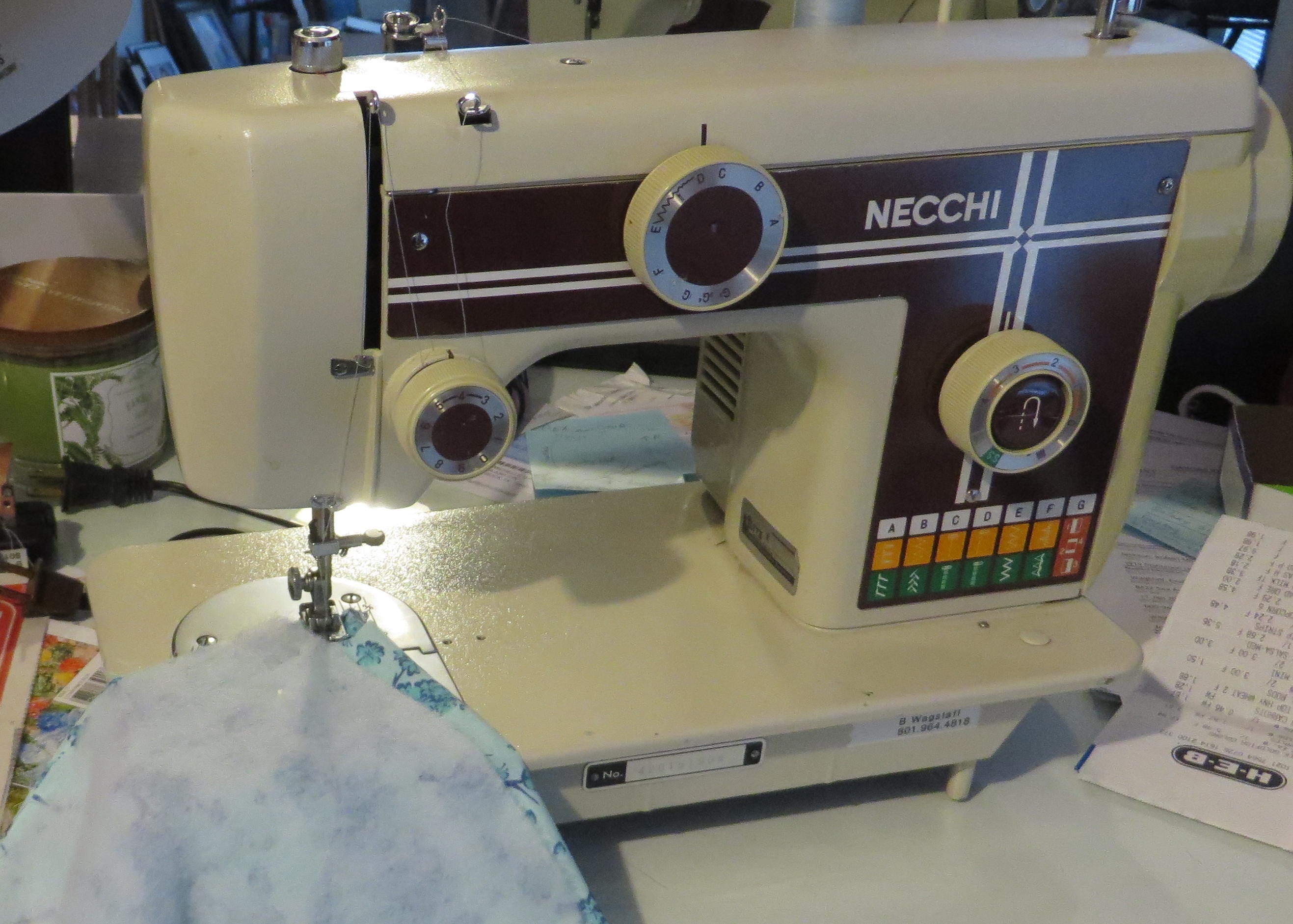 I like to buy fabric with the ambition of doing a project that day, but realistically the fabric sits in a box with my sewing supplies for two or more years. Fabric, to work properly, has to age you see. For example I have six yards of blue velvet that I purchased to make Christmas dresses for my three daughters, about eight years ago. It should make fantastic dresses, however since all three girls have grown in the last eight years, 6 yards is more the quantity I’d need to make them all skirts, well, realistically mini-skirts. But if I wait another eight years, I’ll only have one daughter living at home and I could use the 6 yards to make a dress.

But that daughter hates velvet and wouldn’t wear the 16-year aged vintage fabric. I’ll have to rethink this plan.

Another project was material I bought to make curtains for my daughter’s navy bedroom. The fabric was aged only a short year, when it became time to sell the house. Not to let the pale blue, with Asian-inspired dark blue trees printed fabric go to waste, after only two hours of labor I had the curtains made and hung. I enjoyed them for the last month we lived in that house. Of course I was so busy moving, performing (it was December) and packing that I only looked at them two or three times.

For my new house, one of my daughter’s rooms has a uncovered, west-facing, half-circle window, deadly in Austin summers. I’ve purchased the material, purple velvet (her pick, not mine) and have folded it neatly to age in a box next to my other fabric supplies. They can impart their wisdom of the years and their despair of ever being anything other than fabric. While I’ll contemplate the difficulty of hanging fabric on a round curtain rod.